How Can I Avoid Google ReCaptchas While Sourcing Candidates?
February 01, 2021
by Krista Bradford

While sourcing candidates or doing other forms of research online, there are few things more maddening than having Google repeatedly ask you to confirm, “I am not a robot.”

After a while, you start to wonder whether this is some kind of sick programmatic joke — one made by the very bots you’re not supposed to be. No matter what you do, the recaptcha returns as if to mock you. Soon, you imagine you hear strange laughter, and no, the robots are not laughing with you. They are laughing at you, just like in the Sprint commercial.

Triggering the Google recaptcha can happen innocently enough while sourcing candidates. You use Boolean search operators to tell Google precisely what you are seeking. You enter carefully crafted search strings — the words you type into the Google search box. You include your keywords and synonyms of those words separated by the operator “OR” within parentheses.

You detail the specific site you want to search:

You may even tell Google what kind of file you are seeking:

You then knock out what you don’t want with the handy exclude operator “-“:

You review your results and make adjustments in the search string to return the information you desire. But instead of returning the search results that you’ve tuned to perfection, you get the dreaded Google recaptcha that asks you to demonstrate you are not a robot by checking a box.

So, no worries. You check the box, and you continue your Boolean searches.

Only thing is, just a few minutes later, Google asks you yet again. It is as if it didn’t hear you the first time. So you check the box. You continue to search. You find irony in the fact that some algorithm is asking you to prove that you are not an algorithm.

Okay, at least you haven’t lost your sense of humor.

A minute later, the recaptcha reappears again, and again, and again. You start to wonder how Google could so insistently question your humanity when you are so clearly flesh and blood. In fact, by now, your all-too-human, non-robot emotions are taking hold. You’re starting to get irritated by Google’s incessant Recaptchas. How dare Google question who . . . you . . . are?

However, just as you were thinking that, Google seems to have read your mind.

The next thing you know, Google escalates its challenges. Despite your repeated responses that you are not a robot, Google simply has chosen not to believe you.

“Our systems have detected unusual traffic from your computer network. This page checks to see if it’s really you sending the requests, and not a robot. Please try your request again later.”

As you read the Google notification, you realize Google has cut you off. You can no longer “google” because Google is refusing searches from your IP address. Now, the frustration you feel is replaced by a sense of shame.

But you did not do anything wrong. All you were doing is searching Google using Boolean operators.

Just as you’ve convinced yourself not to feel guilty, you are seized by a growing sense of panic. You have candidate sourcing work to do. Will you ever be able to search Google again?

So Google Cut You Off? Kudos.

If Google has just cut you off from its search engine after conducting Boolean searches, we give you our props. Your power-use of Google is so rare a thing that Google deems it unusual. Most Google searchers simply type what they are thinking, giving us a frightening glimpse into our collective psyche, which you can see when you start typing a query. In fact, a significant number of searchers are, quite literally, lost.

(For the record, Google responds to the query “where am I” by showing you a map of where you are. So, yeah, it appears we humans get lost a lot.)

Take the Google ReCaptcha as a Warning

Google hits you with the ‘I am not a robot’ recaptcha when it doesn’t like how you are searching. So take that as a warning. You are risking getting hit by a series of recaptchas, slowing your candidate sourcing work — or worse.

If you continue to press your luck, Google will cut off your access to its search engine. Google usually doesn’t banish you from its search engine for long — it usually lasts just an hour or so. But if you’d rather avoid the incessant recaptchas and being banished to Google Siberia, there are a few things you can do.

How to Avoid Google ReCaptchas and Banishment

If you have experienced the Google recaptcha or had your Google searches blocked, how have you dealt with it? We invite you to share your observations and experiences. It makes us collectively smarter. 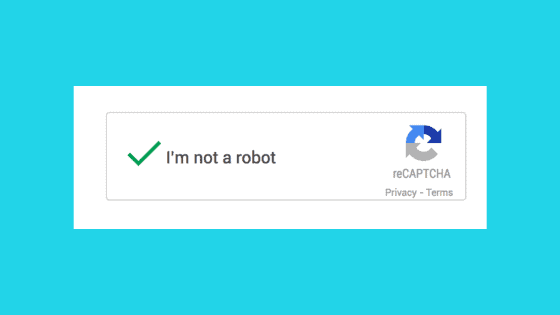 How Can I Avoid Google ReCaptchas While Sourcing Candidates? is highly popular post having 1 Email shares
Share with your friends
Powered by ESSB
Send this to a friend